Recently, GN has built up a mud plant system for an Africa drilling company. Customer has ordered a total 7 mud tanks from us this year. Generally, those systems are used for mixing the drilling fluids and storing all the drilling fluids. But there are some difference between this mud plant and normal mud plant. 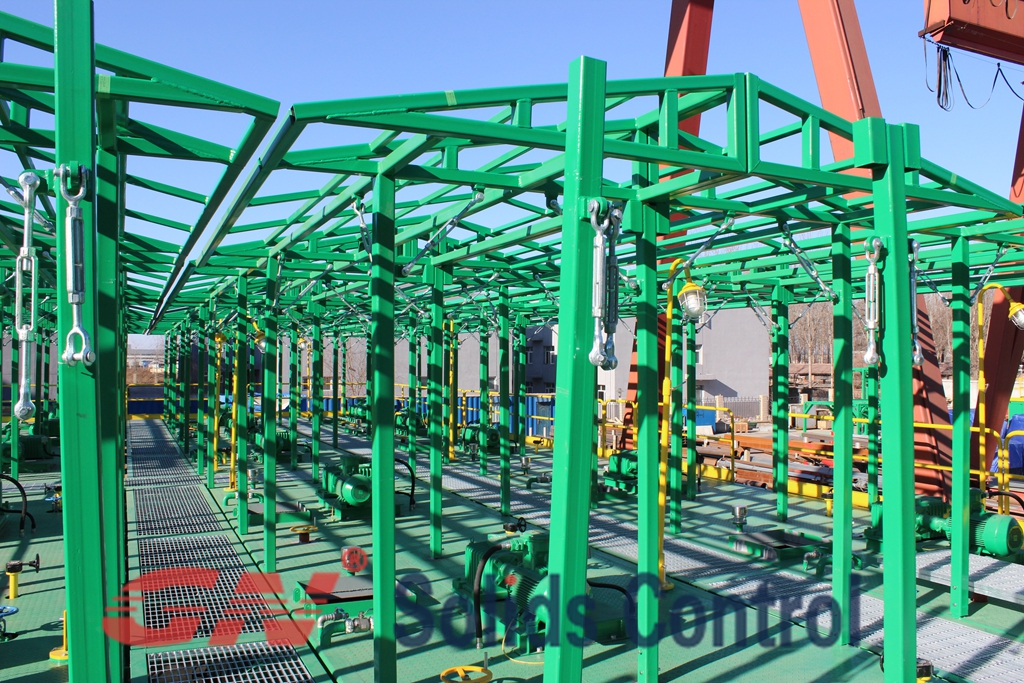 A). In the large mud mixing system, we normally install the two jet mud mixers including centrifugal pumps and hoppers in the system. However, we also install a shear pump in the jet mud mixers, which plays an important role in reducing or eliminating the polymer chain.

B). For lifting heavy chemical bags, we install a sliding hoist to carry and pierce all of chemical bags above the hopper. It will save much time to mix all chemicals for operators.

A). Total 7 mud tanks are installed with sun shade roof to give operator a shade working place.

B). Each mud tank is equipped with three mud guns and three mud agitators to suspend all the solids.

C). Mud gun is rotating pattern and can cover 360 degree suspend. Mud agitators are customized by the length of mud tank.