GN Solids Control now manufactures two types mud systems:
1. Compact Mud System
GN compact mud system just has one treating desander or desilter mounted on the top of a small mud tank. It’s equipped with one centrifugal pump to feed the mud into those cyclones. And the bottom shaker is used to separate out finer solids.
2. High Configuration Mud System
GN high configuration mud system is composed by the treating shaker, desander or desilter and storage mud tank. The treated mud can be stocked in GN mud tank which can be reused for drilling.
GN Solids Control also provides customized mud systems based on customers’ special demands. If you have some particular work need to do, please feel free to connect with Thomas@gnsolidscontrol.com, we’d like to manufacture a tailored mud treating systems. We will not satisfy until you satisfied. 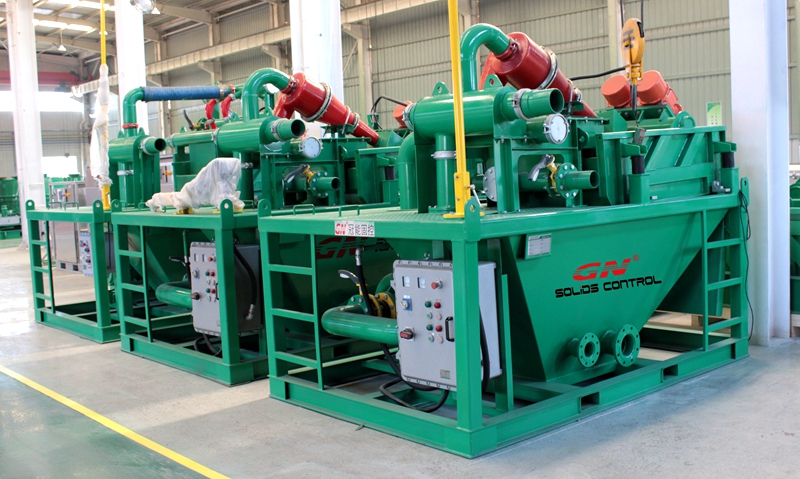 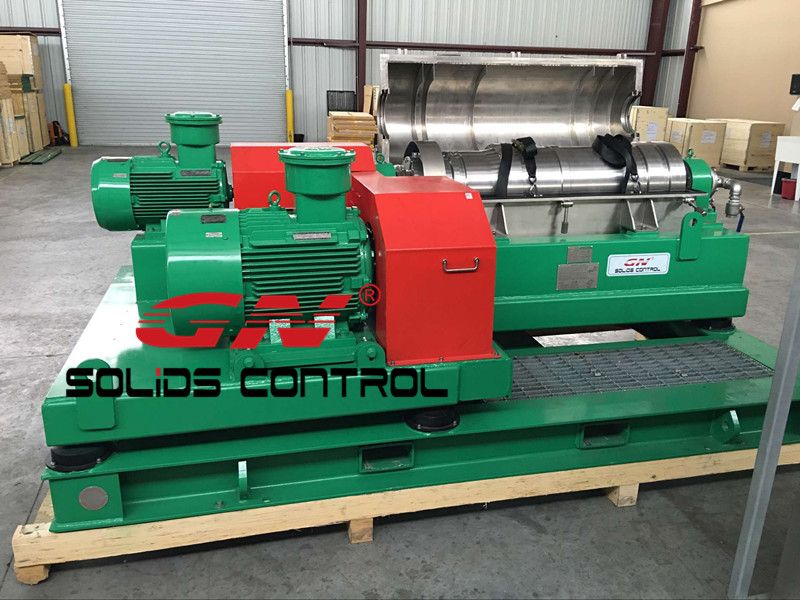 At first GN Solids Control designed the 30 inch rotating bowl decanter centrifuge to meet the needs of Tunnel Boring Machine drilling as well as Soil Remediation. With the increasing inquires, GN Solids Control 30 inch decanter centrifuges can also be used in HDD drilling.
It well known that solids control equipment such as shale shakers, desanders or desilters are usually used for the HDD mud treating. GN shale shaker is mainly used to separate the solids larger than 100 microns, while desander fixed with 10 inch hydro cyclones are used to separated out solids larger than 50 microns, and the desilter fixed with 4 inch hydro cyclones are used separated out solids above 25 microns. The after treated mud can be reused and pump into the HDD rig for drilling. Before, there was several HDD drilling companies use decanter centrifuge as they thought solids smaller than 25 microns can be ignored. However, according to the recent surveys, it is these smaller size solids that much more harmful for the HDD drilling rig. Just take one example in Australia: one of GN Solids customers is only use GN shale shaker and GN desilter in the mud treating system. After we recommend to use on decanter centrifuge, they found the drilling efficiency has increased 20 ~30%. And the former push back problems of the HDD rig have never happened after the centrifuge is used.
GN Centrifuge is especially used to separated our solids large than 2 microns. The former working method just use shaker and hydro cyclones need to be revaluated. It’s trend to use decanter centrifuge in HDD drilling.

Feel free to connect thomas@gnsolidscontrol.com for you HDD mud control.

v
In this oily sludge treating system, the main products are as including show:
1. Premixing and Heating Tank
As most of the cuttings have a large viscosity, one premixing an heating tank is pretty necessary. All the sludge will be heated in order to run smoothly.
2. Shaker Tank
Shaker is used as the first step separation equipment. All the large solids will be separated out by the shaker first. In order to keep the large solids fall off to the tank bottom, there are 2 mud agitators are on the shaker tanks. 3. Centrifuge Tank
GN centrifuge is the second phase treating equipment, finer solids will be treated from the slurry that treated by shaker.
4. 3-Phase Separation System
GN 3-phase separation system is used to separate out the finer solids, while the oil and water are further treated by oil and gas separator. Two separated oil tank and water tank will be used to collect oil and water.
5. Chemical Dosing Unit
GN Chemical Dosing Unit is used to mixing the chemicals before feeding into decanter centrifuge. Flocculent is used to gather finer solids, so decanter centrifuge can separate out those finer solids.
Level meters are fixed in the mud tanks in order to keep the mud from leaking. Hot sensors are also used to keep the screw pumps from rotating when there is no mud inside.