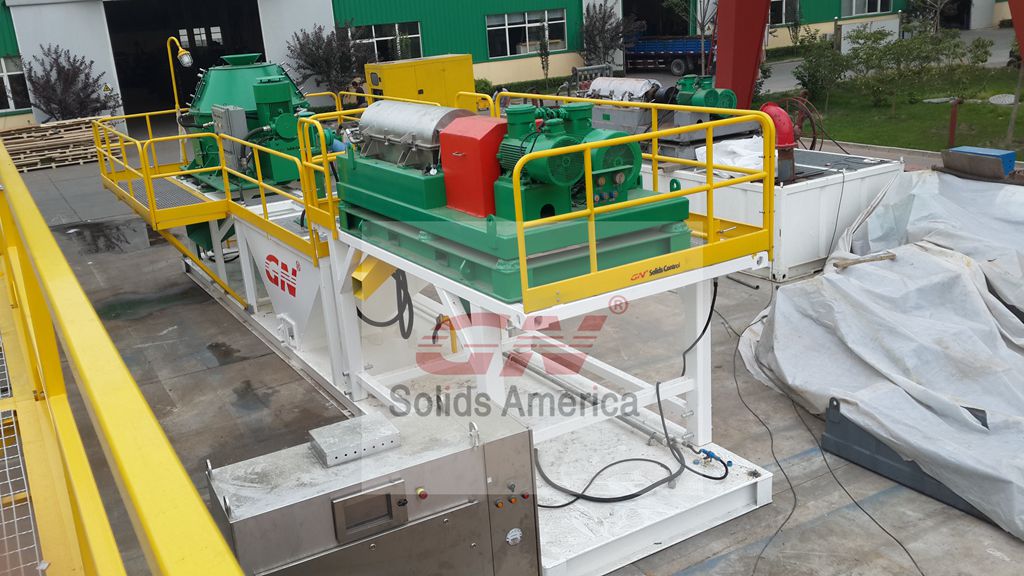 GN Solids Control is the first solids control company who start to produce drilling mud system. After we have some jobsite experience, we will do some improvement based on the first generation equipment.

We have clients who use our drilling cuttings unit and reply as below:

A Fixation Unit is a good unit when running but, the one that is at Rabi is a bit limited , there is no control of the operational equipment exept stop and start, also there is no batching instrumentation so as to regulate volumes of cuttings to additive and the operators have to guess at what is being added .
Also the chemical tanks are too small and the guys get caught out frequently when they run out of cement.
Cleaning is another issue, as the unit seems to be very difficult to clean out, myself and Murdo cleaned it out for the guys one night to see what was involved, and managed to clean it so as to have clean clear water running out the end.
It may just be the type of solids that we are processing are not suitable for the process in their current form and as discussed previously needs to be blended with sand or some other medium to bind them together first.
If the unit was only processing cuttings then I think it would cope with no problems.

After we know more information, we reply as below:
Our engineer Mr. Wang also gave us some feedback for improvement after he came back from jobsite. It is VFD control for the auger system in our design. But as some internal communication mistake, we wrongly make it as fixed speed. We are now making the new VFD control panels, and will send to you soon.
Regarding the chemical tank, we also decide to improve. Could you pls check with the jobsite and let us know what volume tank you need? And what capacity you need for the augers? Then we can consider in our design.
Our engineers are working to improve the cleaning of the system. We will send you the upgraded design for check once we finish it.

We definitely will improve the drilling cuttings unit much better and give more reliable service to the clients.

As the coming of year 2016, comes the CIPPE 2016 in March soon. It is one of the largest and famous Oil Shows in the world.

There are 3 main oil shows which are held each year in 3 different places, one is OTC, based in Houston, Texas, the oil center of USA. In drilling industry, Houston is the technical center, and nearly all TOP manufacturers have their headquarters or branch offices there. GN Solids Control is the first Chinese solids control company who started the office and branch in USA. In Houston, Texas, GN Solids Control has the branch company with name of GN Solids American. You will see GN booth in OTC also, in May, 2016.

Another international Oil show is based in Abu Dhabi, UAE, which is the oil field center of the world in Middle East. Abu Dhabi spread it’s affluence to the whole middle east. And Abu Dhabi oil show also attracted all the main oil and gas related companies in the world, and visitors are from many countries, including but not limited to middle east countries.

Then, the CIPPE Oil Show in Beijing, held in each March. Since China has become the world manufacturer for a long time, lots of manufacturing for oil and gas related equipment and technologies are moved to China. Also the three giants of Chinese Oil companies are spreading their strength all over the world. Now CIPPE China is attracting more and more companies and visitors especially when the oil price is low.

GN Solids Control has attended CIPPE for many years, and each year, GN would bring the most advantaged equipment with the new design or improvement. Such improvements are based on the jobsite feedbacks and the suggestions from the old clients. Comparing with GN clients, GN knows better for manufacturing equipments, But the clients who use the products everyday in their work, knows much better how to improve them and how to make them to be more efficient.

If you need more information, welcome to visit our booth in CIPPE 2016, in Beijing in E2 Hall.